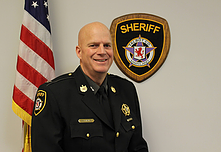 Sheriff Gamble retired as a Lieutenant with the Maryland State Police, Criminal Enforcement Division Homicide Unit, after nearly 27 years of loyal and dedicated service. His duties included investigating and supervising homicide and police involved shooting investigations for nearly 17 years all across our State.

In addition to those duties he supervised Maryland State Police Drug Task Forces and the Eastern Shore Gang Unit.  During his tenure in the homicide unit, Sheriff Gamble was deputized by both the Drug Enforcement Administration and the Federal Bureau of Investigation while working on violent drug trafficking organizations operating in the eastern United States.

Elected in November of 2014, and now serving in his second four-year term, Sheriff Gamble has worked tirelessly to transform the Talbot County Sheriff’s Office into one the citizens of Talbot County can be proud.  Based on feedback from our citizenry and his extensive experience with violent crime and drug related crime, Sheriff Gamble set out to turn the sheriff’s office toward a proactive approach to policing as well as increasing the outreach to our community.

During his first month, Sheriff Gamble assigned deputies to the Talbot County Narcotics Task Force to work jointly on drug investigations with the Maryland State Police and other police departments. The Talbot County Sheriff’s Office had been absent in the task force for nearly ten years.

Our newly formed School Resource Officer Unit now serves six of our public schools, creating lasting relationships with students and staff while serving to protect our most precious resources. Every shift now has a K-9 assigned to help in identifying drug trafficking and full patrol K-9 functions. All five of our K-9’s were purchased with community donations in excess of $50,000 donated.

Our Talbot Goes Purple drug education initiative has helped to educate tens of thousands of students, parents and grandparents all across our region on the state, local and nation level. Sheriff Gamble is thankful for the partnerships who have helped us to become a sheriff’s office that our citizens can be proud of.

During his 33 years of law enforcement experience, Sheriff Gamble has received awards and recognition at the local, state and federal level for his work in violent crime, violent drug crime, victim’s rights, innovations in homicide investigation, community outreach, and police officer of the year awards. He currently serves on the Maryland Police Training Commission as well as local boards that serve the Talbot County community.

A longtime resident of Talbot County, Sheriff Gamble resides near Easton with his wife, Mary. 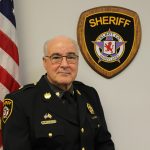 Major Scott Mergenthaler serves as the senior ranking officer under Sheriff Joe Gamble and directs/oversees all operational and administrative activities in the Office.

Major Mergenthaler has 47 years of law enforcement experience in sworn and command positions:

Major Mergenthaler is a graduate of the Northwestern University School of Police Staff and Command, FBI Law Enforcement Executive Development School, University of North Florida Institute of Police Technology and Management, and the University of Louisville Southern Police Institute.  In addition, he has studied criminal justice at the Community College of Baltimore County and Chesapeake College.

Major Mergenthaler is also a member of numerous law enforcement associations throughout the State and Nation.

Captain Bollinger joined the Talbot County Sheriff’s Office in March 2007 as a Lieutenant, Commander of the Criminal Investigation Unit. He was promoted to Captain in July 2018 and transferred to the Commander of the Patrol/Operations Division.

Captain Bollinger retired from the Maryland State Police in February 2007 after 27 years of service. He began his career as a road trooper in Charles County before being transferred to the Narcotics Unit working on the eastern shore of Maryland. Captain Bollinger spent the next 18 years working in various investigative divisions, with the last 11 years spent in the statewide homicide unit as the regional commander.

Captain Bollinger recently celebrated his 40th year in law enforcement, having spent the majority of that time working in and around Talbot County.

Lt Elliott Joined the Talbot County Sheriff’s Office in August 2016 as a civilian employee and first Heroin Coordinator for Talbot County. In July 2018, Lt Elliott was asked to take a sworn position where he became the Commander of the Criminal investigations Division. Prior to working with the Sheriff’s Office, Lt. Elliott enjoyed a 27 ½ year career with the Maryland State Police, retiring as the Commander of Criminal Enforcement Division-Eastern Region. 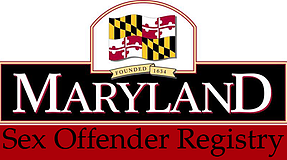 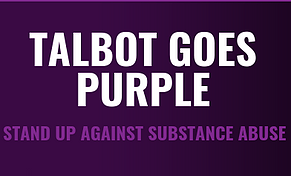